The Return of Superman

Ki Tae-young
Himself
Tablo
Himself

The Return of Superman

Synopsis The Return of Superman

Celebrity dads are left to care for their kids alone for 48 hours without the help of anyone else, while their wives leave home to enjoy some relaxing time off. The wives are shown leaving the home before the 48 hours begins and coming back to greet their family once the 48 hours have ended. During the 48 hours the dads and children are either doing a task the wives have written out for the dads to complete, or the dads are exploring new activities with their kids. Occasionally celebrity friends of the dads will stop by to interact with the kids.

The show is filmed with set up cameras and cameraman hiding in tents and playhouses in each of the celebrities’ actual home. Family and friends of the celebrity dads will occasionally show up in episodes. In each episode, as the show moves from one family to the next, a brief narration by the narrator is given to introduce the next segment of the episode.

During each individual family segment the parents (husband and wife), with the exception of Junu, Junseo and Haru who were old enough to answer questions when they started the show, would give a talking head interview while being asked questions by the shows PDs (producers) about the current situation being aired.

New Journey to the West 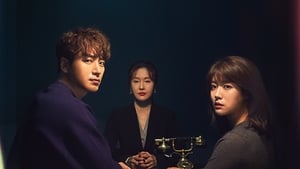